The most anticipated regional TV series in the AVANTPREMIERE SERIES programme

Each of the series is characterized by an interesting story, a great cast and a high level of production. 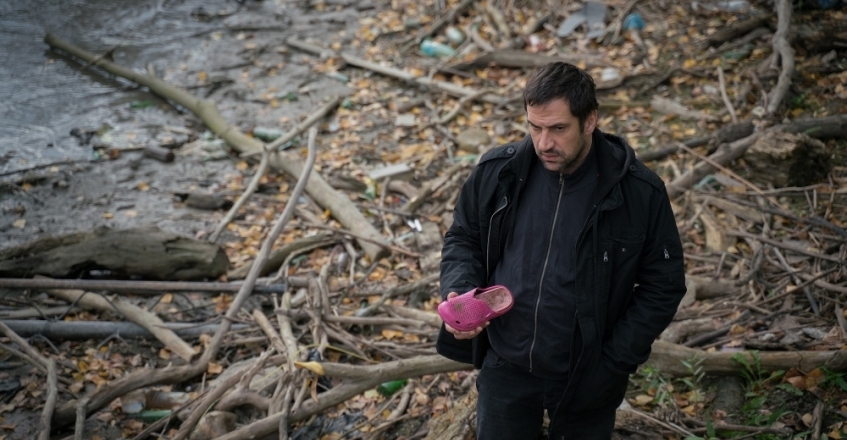 As part of this year's AVANTPREMIERE SERIES programme of the 26th Sarajevo Film Festival, the audience will be presented with three series that viewers across the region are eagerly awaiting and which will only be available on regional TV programmes in the autumn/winter season.
In the AVANTPREMIERE SERIES programme, the audience will have a chance to watch the first two episodes of the first seasons exclusively on the movie screen, and meet their creators and cast members: BONES, MOM AND DAD ARE PLAYING WAR and UNDERNEATH. In this programme, drama series compete with each other for the Audience Award, sponsored by BH Telecom.
The local production BONES is based on the screenplay by Nikola Pejaković, the screenwriter of the series THE STORKS WILL RETURN, and directed by Saša Hajduković. Part of a trilogy, the series deals with two alienated individuals who, affected by war traumas, cannot fit into a devastated and corrupt society. The festival audience will also have a chance to watch MOM AND DAD ARE PLAYING WAR, produced by RTS and Filmkombajn, directed by Gordan Kičić and Vladimir Tagić, the co-creator of popular series MORNING CHANGES EVERYTHING. The programme also includes UNDERNEATH, directed by Oleg Novković, with a great regional cast, amongst others, actors Goran Bogdan, Stefan Trifunović and Boris Isaković, who are in lead roles.
The AVANTPREMIERE SERIES programme is exclusively dedicated to regional drama series. The profiling is due to the festival programme's growth and development through the extremely successful collaboration of CineLink Drama, the Festival's platform for the development of TV series, and the AVANTPREMIERE SERIES programme - which screens the final product. The Sarajevo Film Festival develops this segment continuously, but also keeps up with the growing trend of production and viewing of regional television drama series.
In previous editions of this programme, the audience was the first to watch some of the most popular regional series, including the UK-Serbia co-production BESA, written by one of the most famous British screenwriters, Tony Jordan, the first and second season of Dragan Bjelogrlic's BLACK SUN from Serbia, THE FAMILY MARKOVSKI from North Macedonia, the Serbian series THE GROUP, the Slovenian suspenseful crime series THE LAKE, the Serbian series MORNING CHANGES EVERYTHING by Goran Stanković and Vladimir Tagić and first two seasons of THE PAPER, directed by Dalibor Matanić from Croatia.
Bones S1E1-2
Bosnia and Herzegovina, 2020, Colour, 89 min, Serbian
Director: Saša Hajduković
Screenplay: Nikola Pejaković
Production: RTS, Bosonoga
Cast: Jovo Maksić, Ljubiša Savanović, Dragan Mićanović, Nikola Pejaković, Boris Isaković, Milica Janevski, Aleksandar Đurica, Lea Sekulić, Nikolina Friganović, Aleksandar Stojković
Banja Luka, 2019. Kosta Govoruša, a war refugee from the Krajina region left with no one but his baby sister Kristina, does his best to make ends meet by painting houses. Meanwhile, Kosta Gajić patiently builds his political career accompanied by his beautiful wife Zorica, the CEO of a marketing agency. Three events – Kirstina's job interview, Zorica's marketing pitch and an act of violence at the headquarters of an insurance company run by well-known businessman Mirko Kovach – irreversibly intertwine the fates of the two Kostas.
Underneath S1E1-2
Serbia, 2020, Colour, 97 min, Serbian
Director: Oleg Novković
Screenplay: Milena Marković
Production: Firefly Productions
Cast: Goran Bogdan, Stefan Trifunović, Jana Bjelica, Boris Isaković, Dejan Dedić, Nada Šargin, Marta Bjelica, Bojan Žirović, Dubravka Kovjanić, Miona Marković, Svetlana Bojković, Vuk Kostić
UNDERNEATH follows Inspector Nikola, a former hooligan, who is forced to face his dark past and all of its secrets in order to find the killer. The more he finds out about his target, the more certain he is that they are somehow connected.
Mum and Dad are Playing War S1E1-2
Serbia, 2019, Colour, 100 min, Serbian
Director: Gordan Kičić, Vladimir Tagić
Screenplay: Gordan Kičić, Katarina Mitrović, Marko Manojlović, Vladimir Simić, Vladimir Tagić
Production: RTS, Filmkombajn
Cast: Gordan Kičić, Nina Janković Dičić, Lena Lazović, Nebojša Ilić, Milica Mihajlović, Jovana Gavrilović, Branimir Brstina, Katarina Gojković, Svetozar Cvetković, Vojin Ćetković
This television show is a journey; a story about growing up, about understanding life and still not figuring it out. Veljko is trying to figure out what it means to be an actor, a father and a partner, but his most important drive is the pursuit of personal happiness.
In cinemas in BiH in 2022, 1,118,550 viewers
„May Labour Day“ by Pjer Žalica available online from January 1st
Docu Rough Cut Boutique 2023 opens call for entries!
NETWORK OF FESTIVALS IN THE ADRIATIC REGION PRESENTS: Winter Edition
MAY LABOUR DAY by Pjer Žalica closed the 28th Sarajevo Film Festival