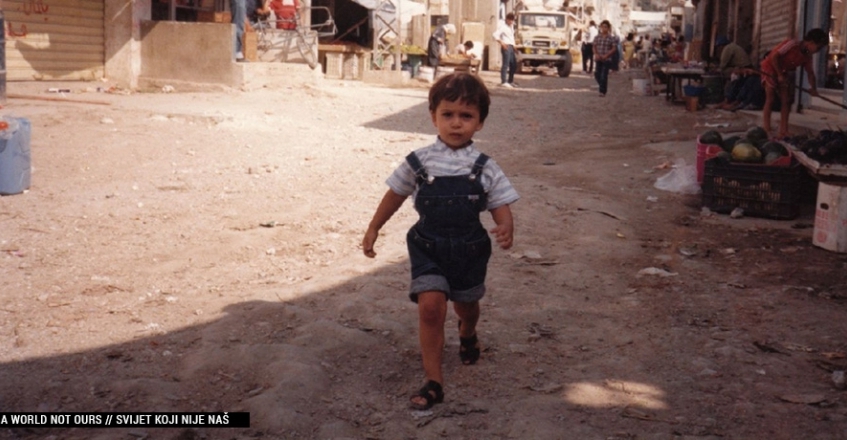 Sarajevo Film Festival and Doha Film Institute will partner on a number of new initiatives at their respective festivals to increaseand strengthen connections between Arab and European cinema.

This year, Doha Film Institute will curate a selection of films from the Arab world to be shown at Sarajevo Film Festival (16–24 August 2013) including Mahdi Fleifel’s A World Not Ours(UK/Lebanon/Denmark; 2012) and Ahd’sSanctity (Saudi Arabia; 2012). The films will be featured as part of the Sarajevo Film Festival Partner Presents programme.

Further extending the partnership, Sarajevo Film Festival will promote Southeast European filmmaking with a presentation of three films from its official 2013 programme at the QumraFilm Festival, Doha in March, 2014.

Finally, DFI will curate three recent works by Arab filmmakers at next year’s Sarajevo Film Festival and again invite recipients of DFI grants to participate in the CineLink Co-Production Market.

Al Khater said, “As we at DFI continue to shape our two new festivals – the Ajyal Film Festival for the Young and the Qumra Film Festival, Doha–we are focusing attention on forming newpartnerships with like-minded organisations. DFI and the Sarajevo Film Festival share common goals of cultural exchange. This new partnership will allow us to continue our support for emerging Arab filmmakers by providing them with an international festival platform to show their work, givingrecipients of DFI grants greater industry experience and exposure”.

“Sarajevo Film Festival is devoted to supporting and developing regional cinema and its audience. We wish to discover young film talents and help them step in the world of film industry. Being a part of very  diverse film traditions and culture of the territory that we call our region, our festival is vivid and resonates with many different voices. We hope that the partnership with Doha Film Institute will open a new horizon, allow us to experience the unknown and bring new inspiration to both, our audience and our filmmakers. We wish our partnership to be fruitful, enrich world cinema and progress into the future, to the benefit of both, the regional and the Arab world”, said Mirsad Purivatra Sarajevo Film Festival Director.

The inaugural Qumra Film Festival, Doha takes place in Doha in March, 2014. It is committed to exploring the imagination and lyrical visions of upcoming directors, helping them to bring their projects to fruition and providing a launchpad for their work. International competitions for first- and second-time filmmakers are at the heart of the eight-day festival. Industry Days will include master classes, workshops, panels

and the Doha Projects initiative, which puts together DFI grant recipients with producers and key players from the film industry.


About Sarajevo Film Festival:
The Sarajevo Film Festival is an international film festival with a special focus on the region of Southeast Europe. High-quality programming, a strong industry segment, an educational platform for young filmmakers, the presence of numerous representatives of the film industry, film authors and media representatives from all over the world, as well as over 100,000 visitors, are the confirmation of the festival's status, which is renowned and recognised by film professionals as well as by its audience.

The Festival also serves as a catalyst for cooperation within the region, and the establishment of connections with partners from all over the world. It represents a platform for development of the film business in Bosnia and Herzegovina and in the region, but also sets new standards of festival organisation and film presentation.

About Doha Film Institute:
Doha Film Institute (DFI) is an independent, not-for-profit cultural organisation established in 2010. It organically supports the growth of the local film community by enhancing industry knowledge, cultivating film appreciation and contributing to the development of sustainable creative industries in Qatar.

With culture, community, education and entertainment at its foundation, DFI serves as an all-encompassing film hub in Doha, as well as a resource for the region and the rest of the world.
DFI is committed to supporting Qatar’s 2030 vision for the development of a knowledge-based economy.