The duration of the training is 7 days on site for each event (4 days of training before the event and 3 days to participate in the event). 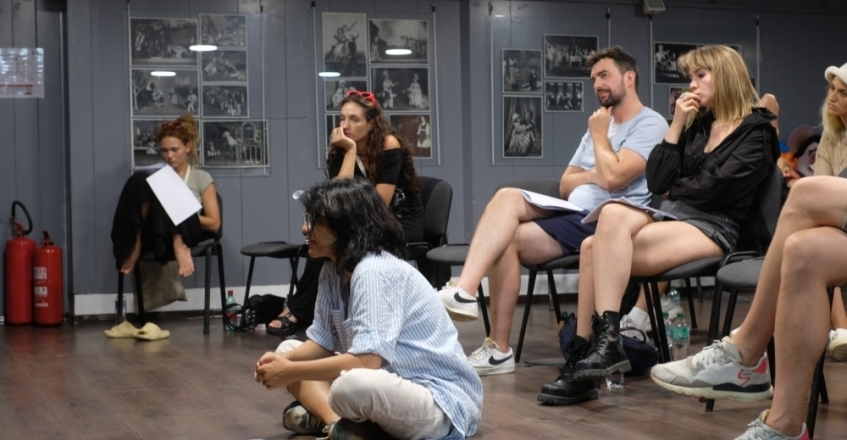 CNC (Centre national du cinéma et de l'image animée, France ) in cooperation with Series Mania, Conecta Fiction Entertainment (Spain) and CineLink Industry Days – Sarajevo Film Festival with the support of Creative Europe MEDIA has launched a new co-production training programme for writers. The programme has been initiated with an aim to strengthening artistic collaborations between writers (scriptwriters, directors) in order to produce more truly international live action TV series. The training is designed as intensive one-year long programme where five selected teams will delve into legal, regulatory, contractual, editorial and industrial challenges for co-producing international series. Through best practices sharing and networking among peers and industry experts the author-based programme fosters capacity-building on co-writing, co-development and co-production. The training will be renewed with new participants on a yearly basis from 2023 to 2025 included.

The CNC is to select three of the five teams, the other two teams are selected by Conecta Fiction Entertainment and Sarajevo Film Festival on similar criteria.

Through this call the CineLink Industry Days is looking for one team of writers coming from region of Former Yugoslavia (Bosnia and Herzegovina, Croatia, Montenegro, North Macedonia, Serbia and Slovenia) with an aim to stimulate their international series prospects. The team must be constituted by two representatives with two different nationalities and that can demonstrate previous writing / directing experience or training. The applicants are required to submit a concept of the series (synopsis, treatment and motivation letter). The series should be in the development stage and having production company attached is not a requirement. The selection of a team will be conducted by CineLink Industry Days selection committee.

The training will be delivered through group works, case studies, individual one-to-one meetings and it will be focused on three main components:

The training also includes a think tank component in order to disseminate best practices throughout the European industry.

The duration of the training is 7 days on site for each event (4 days of training before the event and 3 days to participate in the event).

The participation in this programme is fully covered by partnering organizations.

Each author must meet at least one of the criteria listed below:

□ Writing or directing a cinematographic or audiovisual work in the genres of fiction, animation or creative documentary released in cinemas or broadcast on a television service or on-demand audiovisual media service within the last three years;

□ The writing or directing of two cinematographic or audiovisual works belonging to the genres of fiction, animation or creative documentary released in cinemas or broadcast on a television service or on-demand audiovisual media service within the last ten years;

□ The writing or directing of two audiovisual works belonging to the genres of fiction, animation or creative documentary which have been the subject of development agreements with a television service publisher or on-demand audiovisual media service over the last five years;

□ Obtaining a diploma from a training course listed below:
1.Training provided by an art college or any animation school
2.Initial training specialising in audiovisual writing or directing.
Other diplomas may also be considered, depending on the relevance of the audiovisual training provided, with the exception of diplomas awarded for courses in communication, management, marketing or audiovisual production.

Going European: a co-production training for writers is organized in partnership with the CNC and with the support of Creative Europe - MEDIA programme.