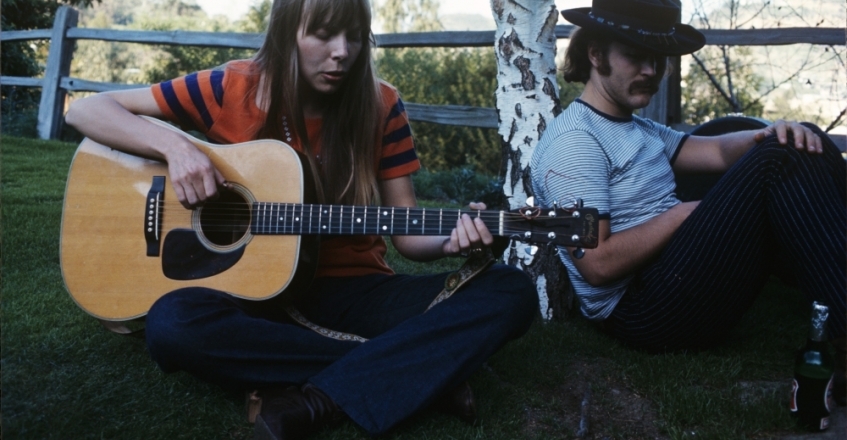 The Summer Screen programme offers a choice of six movies about some of the greatest and most important icons of regional and international pop culture and contemporary art scene. This years’ programme includes: HOMECOMING - MARINA ABRAMOVIĆ AND HER CHILDREN, LAUREL CANYON PART 1, LAUREL CANYON PART 2, LIAM GALLAGHER: AS IT WAS and MARTIN MARGIELA: IN HIS OWN WORDS.
HOMECOMING - MARINA ABRAMOVIĆ AND HER CHILDREN / POVRATAK KUĆI – MARINA ABRAMOVIĆ I NJENA DECA
Serbia, 2020, Colour, 83 min, English, Serbian
Director: Boris Miljković
The occasion is “The Cleaner,” a travelling retrospective exhibition of work by Marina Abramović, whose final destination is Belgrade, the artist’s hometown. It contemplates her whole life, including dilemmas from her youth in Belgrade, misguided love affairs and a special kind of loneliness. It centres around re-performance as a phenomenon. Who are re-performers?
LAUREL CANYON PART 1 / LAUREL CANYON
United States, 2020, Colour and B&W, 79 min, English
Director: Alison Ellwood
Laurel Canyon was a rural oasis in Los Angeles that brought out the talent of young musicians. They formed bands together, broke up those bands, and formed new ones. They perfected their music at local clubs and pretty soon the world took notice. Frank Zappa, Jim Morrison, Carole King, Neil Young, Brian Wilson, Jackson Browne, Linda Ronstadt, Joni Mitchell John Phillips and Mama Cass are just some of the protagonists of this story.
LAUREL CANYON PART 2 / LAUREL CANYON
Director: Alison Ellwood
With harder drugs, bigger paychecks and the Manson murders, the once-neighbourly music scene in Laurel Canyon began to shift. In spite of everything, a new wave of troubadours came in and continued to captivate those beyond their rustic home.
LIAM GALLAGHER: AS IT WAS
United Kingdom, 2019, Colour, 85 min, English
Director: Gavin Fitzgerald, Charlie Lightening
LIAM GALLAGHER: AS IT WAS tells the honest and emotional story of how one of rock music’s most electrifying frontmen fell from the dizzying heights of his champagne supernova years as part of the band Oasis into a musical wilderness of ostracism, booze and bitter legal battles. In his own words, hear how Gallagher fought his way back, turning his fall from superstardom into the launch of a visionary solo career.
MARTIN MARGIELA: IN HIS OWN WORDS
Germany, Belgium, 2019, Colour, 90 min, English, French
Director: Reiner Holzemer
An intimate profile of Martin Margiela, one of the most revolutionary and influential fashion designers of his time. From assistant to Jean-Paul Gaultier to Creative Director at Hermes to leading his own brand, Margiela never showed his face publicly but reinvented fashion with his radical style for over twenty years, through forty-one provocative collections. For the first time, the "Banksy of fashion" reveals his drawings, notes and personal items, giving us an exclusive peek into his vision and career.
Introducing the Summer Screen Programme of the 28th Sarajevo Film Festival
Introducing the Summer Screen Programme of the 27th Sarajevo Film Festival
Summer Screen Programme 2020
Summer Screen Programme 2019
Film CHAVELA opens Summer Screen Programme