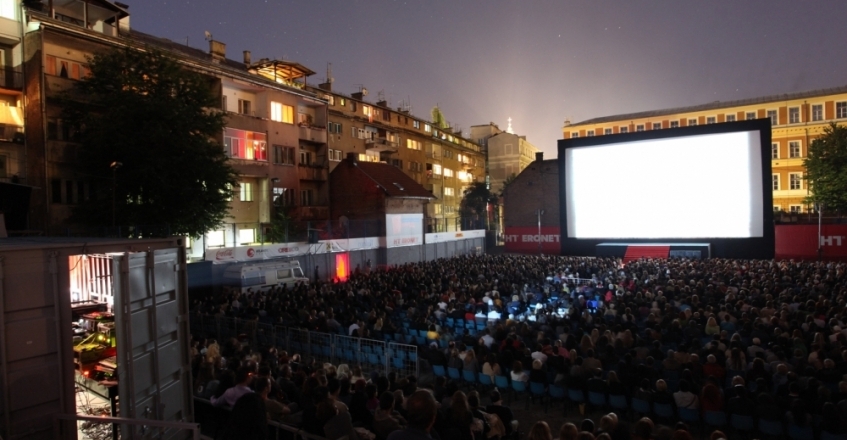 After leaving her daughter in a small town in Pernambuco to be raised by relatives, Val spends the next 13 years working as a nanny to Fabinho in São Paulo. She has financial stability but has to live with the guilt of not having raised her daughter Jessica herself. As Fabinho's college entrance exams roll around though, her daughter calls and gives her what seems to be a second chance. Jessica wants to come to São Paulo to take her college entrance exams as well. Filled with joy as well as apprehension, Val gets ready, with the whole hearthed support of her employers, for the moment she has dreamt of for so long - the moment of reunion with her daughter. But when Jessica arrives, she doesn't behave in conformity to what is expected of her and starts to create tension inside the household.

Dheepan is a Tamil freedom fighter, a Tiger. In Sri Lanka, the Civil War is reaching its end, and the defeat is near. Dheepan decides to flee, taking with him two strangers - a woman and a little girl - hoping that they will make it easier for him to claim asylum in Europe. Arriving in Paris, the 'family' moves from one temporary home to another until Dheepan finds work as the caretaker of a run-down housing block in the suburbs. He works to build a new life and a real home for his 'wife' and his 'daughter', but the daily violence he confronts quickly forces him to reconnect with his warrior instincts to protect the persons he hopes will become his true family.

Ivo and Maja live a quiet life in a dull suburb of Zagreb. One night their only son Tomica is violently attacked on the street by another teenager, beaten and left severely injured. Their world of false security collapses. As they go through an unbearable ordeal, they are forced to re-examine their lives and question everything they believed in.

Philosophy professor Abe is at rock bottom emotionally, unable to find any meaning or joy in life. Abe feels that everything he’s tried to do, from political activism to teaching, hasn’t made any difference. Soon after arriving to teach at a small town college, Abe gets involved with two women: Rita, a lonely professor who wants him to rescue her from her unhappy marriage; and Jill, his best student, who becomes his closest friend. While Jill loves her boyfriend Roy, she finds Abe’s tortured, artistic personality and exotic past irresistible.Still, when she tries to make their relationship a romantic one, he rebuffs her. Pure chance changes everything when Abe and Jill overhear a stranger’s conversation and become drawn in. Once Abe makes a profound choice, he is able to embrace life to the fullest again. But his decision sets off a chain of events that will affect him, Jill and Rita forever.

A three-time Academy Award winner Meryl Streep this year takes on a whole new role - a hard-rocking singer and guitarist in the latest film by director Jonathan Demme (Oscar-winner for THE SILENCE OF THE LAMBS) and screenwriter Diablo Cody (Oscar-winner for JUNO) – RICKI AND THE FLASH. In a film loaded with music and live performance, Streep stars as Ricki, a rock guitar heroine who gave up everything for her dream of rock-and-roll stardom, but is now returning home to make things right with her family. In this movie Streep stars opposite Rick Springfield and Kevin Kline.

David is a nurse who works with terminally ill patients. Efficient and dedicated to his profession, he develops strong and even intimate relationships with each person he cares for. But outside of his work David is ineffectual, awkward, and reserved. It is clear that he needs each patient as much as they need him.

A group of aid workers tries to remove a cadaver from a well in an armed conflict zone. The body was thrown into the well to contaminate the water and cut the water supply to the local population. But circumstances soon turn a simple task into an impossible mission. The workers cross the frenzied war landscape like guinea pigs in a maze, and there might be no way out. A war inside another war, in which the only enemy could be irrationality. The crisis they’re trying to solve is humanitarian, but they’re only human. Humor, drama, tenderness, routine, danger, hope: it all fits into a perfect day. This film’s only genre is life itself. Like a Russian doll, it’s a drama inside a comedy, inside a road movie, inside a war movie.

Seeing him struggle to sell unbranded local pharmaceuticals, Ayan's wife persuades him to try for a job with a prestigious multinational - Lasta Foods, known for their infant formulas. To his amazement, and despite his lack of a college diploma, he's hired. Ayan takes Lasta's fighting tiger attitude training to heart and soon he's the star salesman and his life is better. Faiz, one of Ayan's new doctor friends, goes off to Karachi to study public health issues. When he returns a couple of years later, he's a changed man. He hauls Ayan into a children's emergency room. Babies are dying and the doctor says it's all Ayan's fault.

43-year-old Fúsi is sleepwalking through life. His work as an airport baggage handler does not exactly stretch him and he has never had a girlfriend. The only thing that really interests him are World War II battles, which he painstakingly reconstructs using small model tanks and soldiers at home, in his mother’s flat which is both his refuge and his prison. When Fúsi receives a coupon for a dance school, he meets Sjöfn, a similarly lonely soul with deep psychological wounds. Unused to interacting with other people, Fúsi instinctively decides to take both their lives in hand. At least just a little bit. But that is quite something for this giant with a seemingly small horizon but a big heart. Dagur Kári quietly and tenderly gets close to his protagonist, revealing the beauty of his character and describing his emancipation from internal stagnation and external constraints. In spite of its sadder moments, the film celebrates the unimagined surprises in every single life.