The Sarajevo Film Festival joins in with full force to the European Film Academy appeal to the authorities of the Russian Federation to release Ukrainian director Oleg Sentsov. 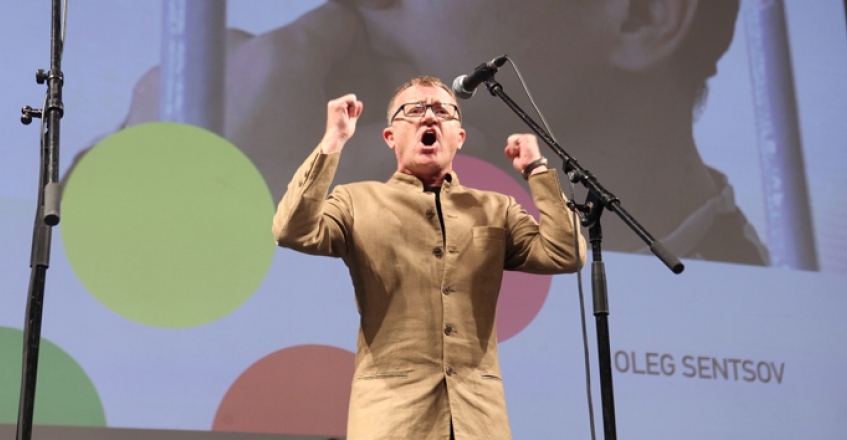 Photo: Mike Downey, member of the Jury of the Competition Programme – Feature Film

As many of you in the international film community know, Oleg Sentsov (the young director, whose first feature film  „Gamer”  was shown at many European festivals in 2012) protested against the annexation of his native Crimea. Arrested at his house in Simferopol May 11, 2014 and taken to Moscow, he has been held in the prison without a trial till now. Many European filmmakers, including our respected Russian colleagues,  and organizations in Europe  with European Film Academy in the lead, have publicly taken up Oleg’s defence.

The Sarajevo Film Festival joins in with full force to the European Film Academy appeal to the authorities of the Russian Federation to release Ukrainian director Oleg Sentsov.

Mike Downey, member of the Jury of the Competition Programme – Feature Film:

"This week at the summing up of his trial the defiant Ukrainian film director told a Russian military court he was ready to “suffer or die” for his beliefs, as prosecutors demanded a 23-year jail sentence his so-called crimes.

Sentsov told the court that he was beaten, tortured and threatened with rape or murder in the days after his arrest in May 2014, to force him to confess to a terrorist plot and implicate others. He refused. Other key defence witness recanted their fabricated testimonies in court and confessed that they had been coerced into bearing false witness against Oleg.

Despite this – on Tuesday he will be sentenced and will more than likely face  a 23 year sentence in a Russian prison.

Oleg had the final word in court in Rostov last Wednesday:

Treason and betrayal can sometimes start with simple cowardice. Cowardice is, as the Russian author Mikhail Bulgakov told us in The Master and Margarita “the greatest sin.” and I agree with him. Cowardice – is the biggest, the worst sin on earth. And betrayal – because it is such a particular form of cowardice. A great betrayal begins sometimes with a little cowardice

When they put a bag on your head, beat you up a bit, and half an hour later, you’re ready to go back on all your beliefs, implicate yourself in whatever they ask, implicate others, just to stop them beating you. I don’t know what your beliefs can possibly be worth if you are not ready to suffer or die for them,”

I am not going to beg for leniency. Everything is already clear. The  court of an occupying force by definition cannot be just.

Let Russia to learn to not be afraid!

We thank the Sarajevo Film Festival for its defence  of Oleg’s human  rights and for vigorously joining  in with the European Film Academy’s campaign to have Oleg freed.“