American Academy Award-nominated actor, director, playwright and author Jesse Eisenberg will be an honorary guest at this year's 28th Sarajevo Film Festival will walk the Red Carpet in front of the Sarajevo National Theater tonight at 6:15 p.m. 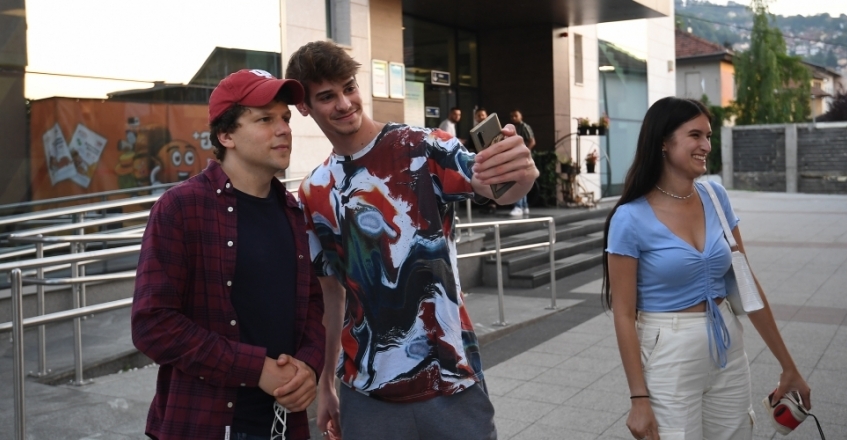 Tonight - on August 15th at 8.30 p.m., Sarajevo Film Festival will honour Eisenberg with the Heart of Sarajevo Award, ahead of a Special Screening of WHEN YOU FINISH SAVING THE WORLD – Eisenberg’s directorial feature debut - at the Coca-Cola Open Air Cinema.

Note for media representatives: Journalists and photographers/videographers should be in position at the designated location on the Red Carpet by 5:50 p.m. latest