On the fourth day of the Festival, we organized a conversation with director Ognjen Sviličić and actors from the Croatian film THESE ARE THE RULES. The moderator Amra Bakšić-Čamo, who heads the CineLink project for SFF, was host to the director and members of his cast, Bosnian-Herzegovinian actress Jasna Žalica and the young actors Hrvoje Vladisavljević and Veronika Mach. 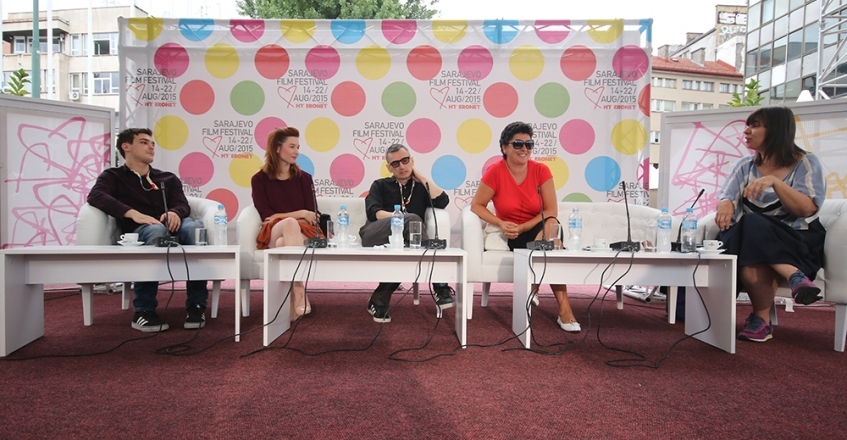 The guests shared their powerful impressions from the set, emphasizing their perfect mutual understanding. Director Ognjen Sviličić commented on his minimalist grandiose filming style by indicating that the internal mechanism of THESE ARE THE RULES is organized along the lines of a thriller. Together with the younger cast members, Jasna Žalica spoke about her personal experiences and how they are complemented by watching the film and being aware of working on a difficult social issue.