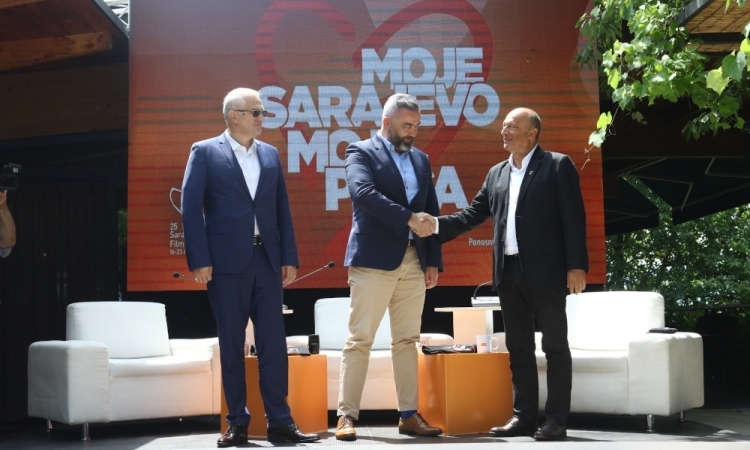 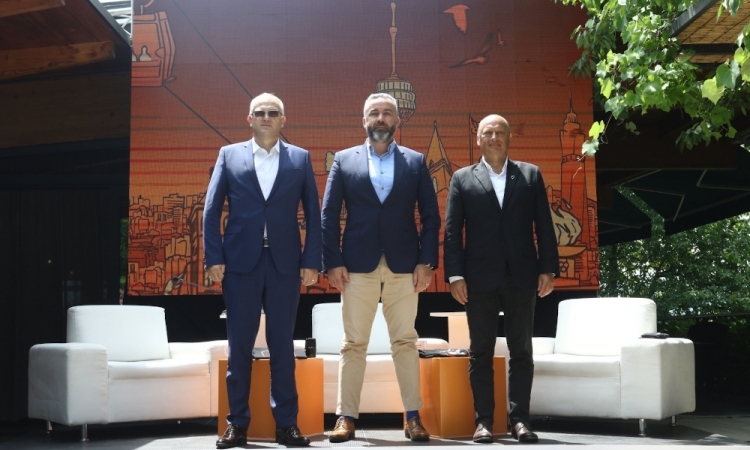 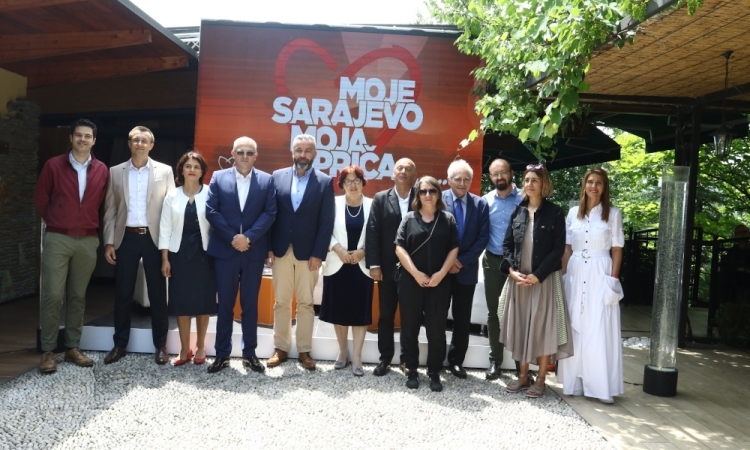 This cooperation, with periodic breaks, continued on for several editions, and the Sarajevo Film Festival has grown into one of Europe’s most significant film festivals and the choice destination for a great number of celebrities. For the Festival’s silver jubilee, this cooperation has been reestablished and - as stated at a joint press conference - BH Telecom will act as the main sponsor of the Sarajevo Film Festival for the next three years.

“BH Telecom is a leader in the communications sector, the most successful public company and one of the most well-known Bosnian-Herzegovinian brands working to support the local film industry. Over the past 20 years, we have served as partners and co-producers on numerous local film productions and festivals. Today, for the Festival’s 25th anniversary, we are proud to restart our cooperation that is set to last the next 3 years. The newly reestablished sponsorship continues under the slogan “My Sarajevo. My story”, announced Sedin Kahriman, a.i. general manager at BH Telecom. Kahirman also noted how happy he was to see BH Telecom as the main sponsor of the most significant film festival and cultural event in the region, so well recognised both in Europe and globally, and that promotes Bosnia and Herzegovina and the city of Sarajevo in such a becoming way.”

“As you know, we have made great technological strides through this year’s deployment of our 4G+ network. During the Festival, we will be going one step further - visitors to our pavilion at the Festival square will have the chance to test out a range of services and experiences offered by 5G, giving us an opportunity to showcase new technologies and possibilities to the consumers. As part of our moja TV service and with guidance from the Festival, we will be rolling out a brand new channel, “Moj film” - showing a selection of films previously screened at the Sarajevo Film Festival.

We can already announce that moving forward, BH Telecom will act as a key platform for the creation and placement of audio-visual content, including cinema, music and sports. We will be offering our consumers a range of excellent films, series and various content, both original and made in cooperation with the Sarajevo Film Festival and other production companies. Sarajevo is known in the region for its recognisable spirit and sense of humour, as well as its impeccable film industry. This campaign and cooperation aims to focus on these values, and contribute to marking Sarajevo as the city of great cinema.”, said Mr. Kahriman.

Mirsad Purivatra, the director of the Sarajevo Film Festival, recalled the early days of the Festival and pointed out the value of its cooperation with BH Telecom. “In the Festival’s early years, as we fought to put get vision out there and earn the trust of authors and audiences alike, BH Telecom’s sponsorship enabled the Sarajevo Film Festival to work unencumbered and to set high standards in its organisation. BH Telecom’s strong support of also served as an invitation for other renowned sponsors to join our family of supporters, which has, until today, grown to include some leading regional and global companies. A Festival that is amongst the leading cultural events in Europe values its sponsors greatly. We find particular value in partners from the telecommunications sector, considering the increasing involvement of companies working in this field in the production of audio-visual content. This is why our cooperation with the BH Telecom, as a leader on the Bosnian-Herzegovinian telecommunications market, is of mutual benefit. We believe that, in the coming years, the BH Telecom will position itself as one of the leading influencers in the creation and placement of audio-visual content. I see this as a great contribution to both the film industry overall, and to the availability of high-quality films and series on BH Telecom’s platforms and at festivals. We’re happy that the Sarajevo Film Festival and BH Telecom are working on creating our own story - together, anew”, said Mr. Purivatra.

The showcase also included the premiere of a promotional video to be rolled out during the Festival, which brings together scenes from the cult film “Valter brani Sarajevo” and its iconic quotes we all know and use. The video aims to stir up a sense of nostalgia for the beauty of Sarajevo - its traditions, mentality and culture, as well as the values that make up this city we all love.