The applications are open for submission until 31 March 2022, free of charge. 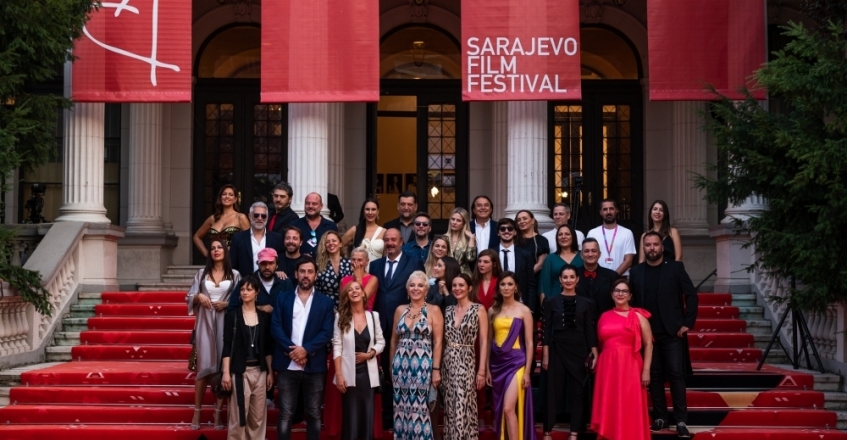 Applications for TV series for the Heart of Sarajevo Award of the 28th Sarajevo Film Festival begin. The applications are open for submission until 31 March 2022, free of charge.

Drama series and comedies from Bosnia and Herzegovina, Croatia, Serbia, Montenegro, North Macedonia, Kosovo, and Slovenia, premiered in the period from 1 April 2021 to 30 April 2022, are eligible for application.

Series for the Sarajevo Film Festival program are submitted by the producer/rights holder, and for the possibility of being nominated for awards it is necessary to register all episodes of the series.

Nominations and awards will be decided by the expert jury of more than 400 film professionals from the region.

The Heart of Sarajevo awards for best TV series were introduced by the Sarajevo Film Festival last year to promote and honour top quality regional television series for the previous year.

“Nominees and winners of awards in the category of TV series are selected by hundreds of professionals from the entire region, who endorse the quality of regional production with these awards. This region has excellent authors who cover important topics in an interesting way. The Sarajevo Film Festival, as the center of film industry, gathers their strength and talent, increasing visibility and sales of the best projects on the international market", said Jovan Marjanović, Director of the Sarajevo Film Festival.

The award ceremony for the category of TV series will be held at the 28th Sarajevo Film Festival, which will take place from 12 to 19 August this year.