In the Open Air programme, PRINCE AVALANCHE, a film directed by David Gordon Green, was shown tonight at the !hej Open Air Cinema. 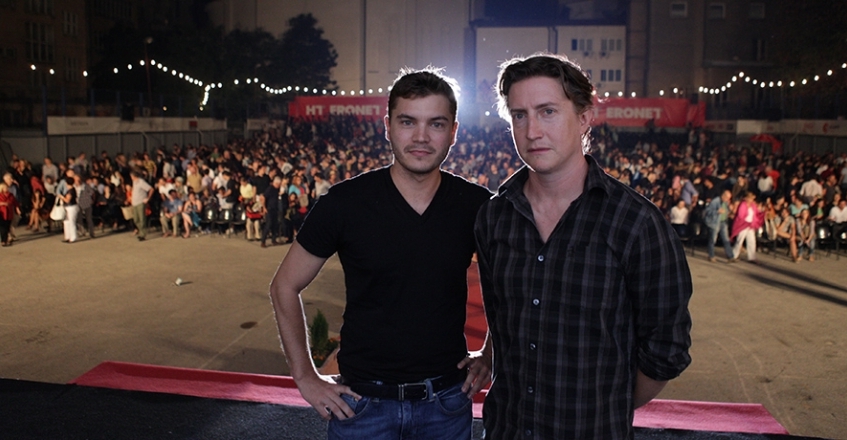 PRINCE AVALANCHE tells a story of Alvin and Lance, who are spending the summer of 1988 in the forest ravaged by wildfire on the monotonous job of repainting traffic lines down and endlessly long country road. This is a remake of the EITHER WAY film by the Icelandic director Hafsteinn Gunnar Siggurðsson. Film director David Gordon Green succeeded in telling a story which is partly a condensed comedy, and partly a philosophic road film, and in going back to the poetic visual expression characteristic of his early, independent films.

After the screening, large audience at the !hej Open Air Cinema was addressed by the director David Gordon Green and actor Emile Hirsch.