The world premiere of feature film LOVE 1. DOG by Romanian director Florin Șerban was held tonight at 22:00 at the National Theatre, in the Competition Programme of 24th Sarajevo Film Festival. 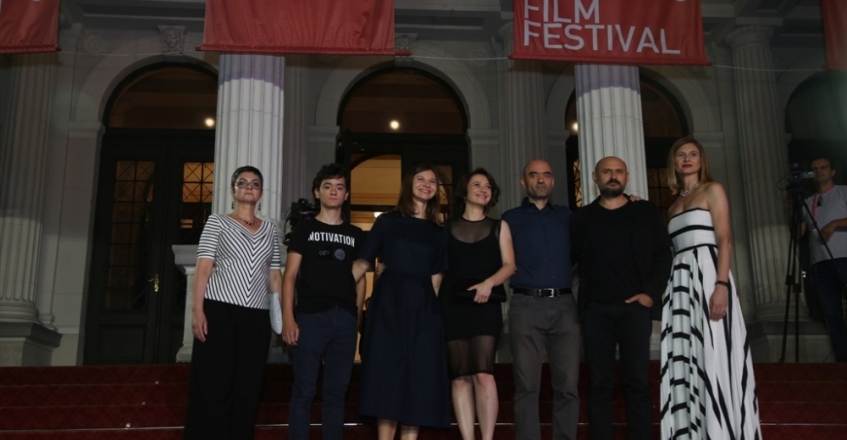 Somewhere up in the mountains of Romania, Simon, a woodsman, lives in almost complete isolation, until one day he finds a woman in the forest, who has been beaten almost unconscious. He brings her back to his cabin, feeds her, clothes her, bandages her wounds, protects her. And before he can realise what is happening, before he can defend himself or flee, he is caught up in a game from which there is no way out: he falls in love. And then he locks the woman up, ostensibly so she will recover. When she tries to escape, he brings her back. And when his actions are too transparent and fail, he explodes in an outburst of fury and runs away. An outsider intrudes, bringing reality into the game and thus ruining it.
You can watch the movie in one of the following showings.
Director: Florin Șerban
Screenplay: Florin Șerban
Director of Photography: Marcin Koszalka
Editor: Florin Șerban
Music: Pauchi Sasaki
Sound: Michal Folcik
Costume Design: Elena Fratila
Production Design: Mihaela Poenaru
Producer: Florin Șerban, Florentina Onea, Oana Iancu, Izabela Igel
Production: Fantascope, Harine Films
Contact: Oana Iancu; oana.kelemen1@gmail.com
Cast: Cosmina Stratan, Valeriu Andriuta
Florin Șerban
2018 – DRAGOSTE 1. CÂINE / LOVE 1. DOG
2015 – BOX
2010 – EU CAND VREAU SA FLUIER, FLUIER / IF I WANT TO WHISTLE, I WHISTLE
European premiere of ALL THE PRETTY LITTLE HORSES
World premiere of MAVZER
The world premiere of THE ISLAND WITHIN
Regional premiere of EXILE
World premiere of OTTO THE BARBARIAN