The second regional premiere in tonight's Competition Programme - Feature Film is also a debut feature, this time by a Georgian director Juja Dobrachkous. BEBIA, À MON SEUL DÉSIR had it's world premiere at this year's International Film Festival Rotterdam, and it will be shown tonight in National Theater at 21:30. 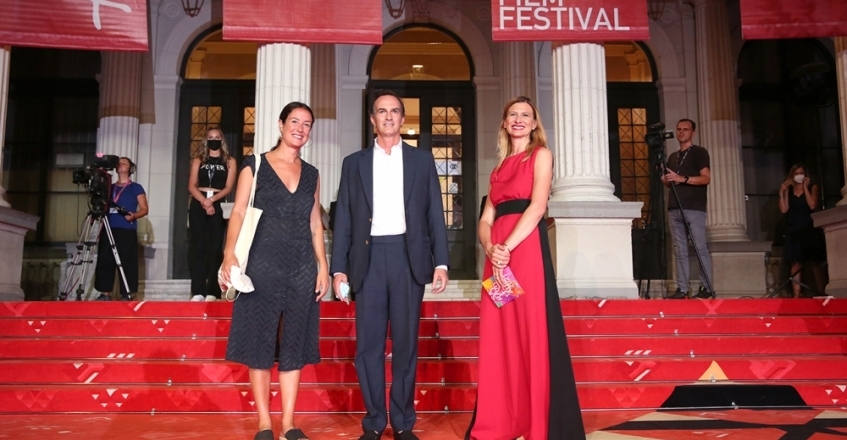 Following the death of her grandmother Bebia, seventeen-year-old model Ariadna returns to Georgia to attend the funeral. Back in her motherland, she receives an unusual and unexpected request: according to an ancient local tradition, Ariadna, as the youngest member of the family, is responsible for reuniting the body and soul of her grandmother by connecting a thread from the place of her death to the resting body. At first reluctant to fulfill such a bizarre-sounding ritual, Ariadna soon finds herself carrying a single line of thread across twenty-five kilometres of unspoiled Georgian countryside, accompanied by Temo, a young man and family friend of uncertain motives. Traversing this exhausting and raw terrain over a number of days and nights, Ariadna is forced to confront the impact that the complex, sometimes cruel matriarch — Bebia — had on her not-so-distant childhood.
You can watch the movie in one of the following showings.
Director: Juja Dobrachkous
Cast: Anastasia Davidson, Anushka Andronikashvili, Guliko Gurgenidze, Alexander Glurjidze, Anastasia Chanturaia, Ana Chiradze
The world premiere of THINGS WORTH WEEPING FOR closed the Competition Programme - Feature Film
Regional premiere of GREAT FREEDOM
More choices, less stability
Concept of love and freedom
Regional premiere of CELTS