Sarajevo Film Festival has the pleasure to welcome distinguished director, actor and writer Elia Suleiman to the 19 Edition of the Festival. 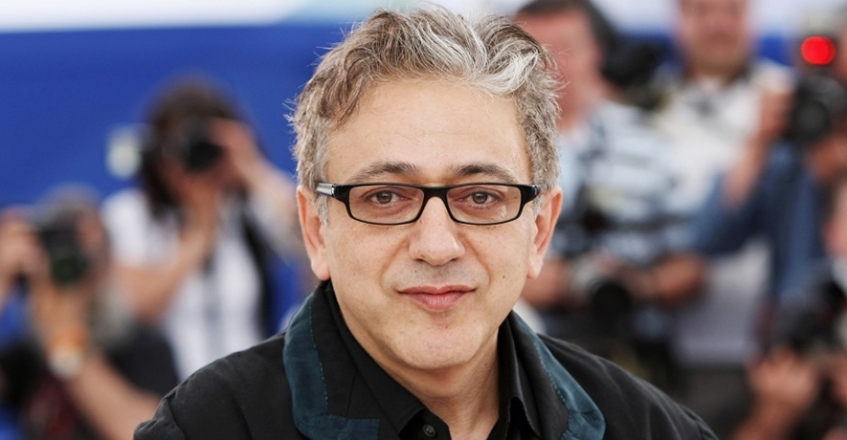 One of the most renowned directors from the Arab world, Elia Suleiman is attending Sarajevo in his role as Artistic Advisor to Doha Film Institute (DFI), an independent not-for-profit cultural organisation in Qatar that promotes global filmmaking. DFI and Sarajevo Film Festival have entered into a strategic alliance to showcase specially curated films, provide industry exchange and strengthen connections between Arab and European cinema.

The multi-talented award winning director has received numerous international accolades for his films including honours at the Cannes, Venice and Rome film festivals.  Elia Suleiman has participated in various international festivals as a jury member and has served as guest lecturer at renowned universities, and cultural institutions around the world.

A renowned icon of contemporary cinema, Suleiman has received numerous international accolades for his films. His feature-length films are The Time that Remains (2009), which was selected for the Official Competition at the Cannes Film Festival and won the Black Pearl Award for Best Middle Eastern Narrative Film at the 2009 Abu Dhabi Film Festival; Divine Intervention (2002), which won the Jury Prize and the International Film Critics Prize (FIPRESCI) at Cannes and the Best Foreign Film Prize at the European Awards in Rome. Chronicle of a Disappearance (1996) won the Best First Film Prize at the Venice Film Festival. His latest short DIARY OF A BEGINNER, part of a collective feature 7 DAYS IN HAVANA screened at the 2012 Cannes Film Festival Un Certain Regard official selection.

Elia Suleiman:
Born in 1960 in Nazareth, Elia Suleiman first feature film, Chronicle of a Disappearance, won the Best First Film Prize at the 1996 Venice Film Festival. In 2007, he was chosen as one of the 35 directors of « To Each His Own Cinema » a collective film for the Cannes Film Festival 60th anniversary. He was the recipient of the 1992 Rockeffeler Award,  the 2008 Prince Claus Award and the “Fondazione Roma-Mediterraneo Award in 2011 for ‘the dialogue between cultures” at the Taormina Film Festival in Italy.

About Doha Film Institute:
Doha Film Institute (DFI) is an independent, not-for-profit cultural organisation established in 2010. It organically supports the growth of the local film community by enhancing industry knowledge, cultivating film appreciation and contributing to the development of sustainable creative industries in Qatar.

With culture, community, education and entertainment at its foundation, DFI serves as an all-encompassing film hub in Doha, as well as a resource for the region and the rest of the world.

DFI is committed to supporting Qatar’s 2030 vision for the development of a knowledge-based economy.