Five documentary projects in post-production from the Southeast Europe have been announced as part of this year’s Docu Rough Cut Boutique selection. 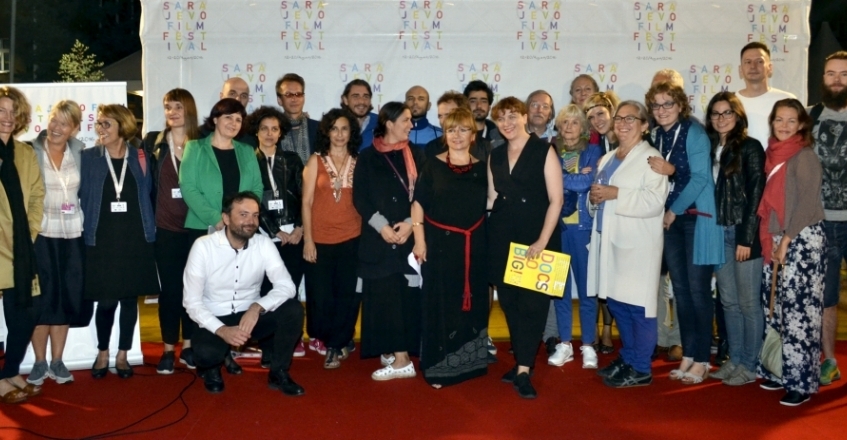 Balkan Documentary Center and Sarajevo Film Festival recognized the need for additional project preparation ahead of their presentation at CineLink Industry Days, therefore the Docu Rough Cut Boutique is introducing an additional module. From June 21st-25th in Sofia selected projects will be given the tailor-made consultations and group feedback sessions on their rough-cut materials. The Docu Rough Cut Boutique programme culminates in August in Sarajevo with feedback sessions and closed screenings and one-on-one meetings at CineLink Industry Days.

Rada  Šešić, Head of Docu Rough Cut Boutique said: “It is an important year for the 7 years old Docu Rough Cut Boutique. In the times when documentaries are being so relevant in terms of reflecting and commenting on the hot World issues, we see the need to nourish the upcoming new voices that observe reality in a sharp and creative manner.

All five of our selected projects depict a human struggle of an individual against the imposed forces of change. Most of the directors are newcomers who did so far only short docs. Their projects show tremendous courage in dealing with controversial, provocative topics. Their eagerness to reach the wider audience and stir a swampy status quo in their respective environments deserves our deep respect and we believe that our enriched new format of Docu Rough Cut Boutique will enhance their chances to make powerful, compelling films.”

Martichka Bozhilova, Head of Docu Rough Cut Boutique said: “The five selected projects explore very deep, personal stories. They challenge our basic concepts and understanding of how individuals defy conventions and fight for their own right.  The expansion of Docu RCB into two modules is an important step in the development of the workshop and presents better opportunity for the successful completion of the films. In June 2017, we will welcome our participants for the first time in Sofia, Bulgaria. The focus will be the creative development of the story, but also the personal growth and challenges in front of the filmmakers themselves. This way, when arriving to Sarajevo in August, the teams will be better prepared to face the industry at CineLink Industry Days and present their projects and themselves in the best manner. It’s critical to continue our practice to introduce up-coming documentaries at CineLink as our results over the years confirm that this increases the overall competiveness of the region.