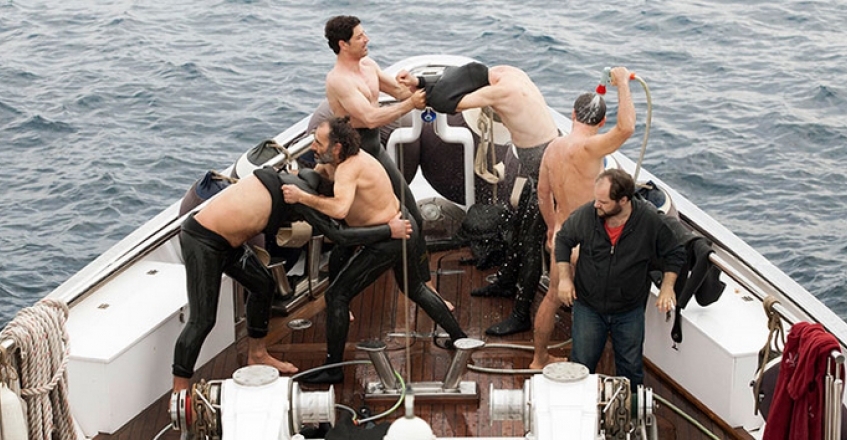 A group of men is returning from a winter fishing trip on a yacht. When a mechanical problem leaves them trapped on their boat, somewhere in the gulf of Saronikos, they kill their time playing a game they devise, called Chevalier. Chevalier is an entertaining and highly competitive game. No one intends to get off the yacht without being crowned its winner.

Athina Rachel Tsangari has a B.A. in Literature from the Aristotle University of Thessaloniki, Greece, an M.A. in Performance Studies from New York University’s Tisch School of the Arts, and an MFA in Film Directing from the University of Texas in Austin. Her graduation thesis feature, THE SLOW BUSINESS OF GOING (2001), was a lo-fi sci-fi road movie shot in nine cities around the world. The 2002 Village Voice Critic’s Poll listed it as one of the year’s “best debut films”. In 2004 she was invited to serve as the projections designer and video director for the Athens 2004 Olympic Games Opening & Closing Ceremonies. Her second feature, ATTENBERG, premiered in main competition at the 2010 Venice Film Festival. It was recently selected as "Greek Film Academy's nominee" for the Foreign language Oscar. It is one of the finalists for the European Parliament's 2011 LUX Prize for Best European Film.