In these unprecedented times, when it seems that the world we used to know might not exist in the future, truth-seeking and fact-checking are more important than ever. 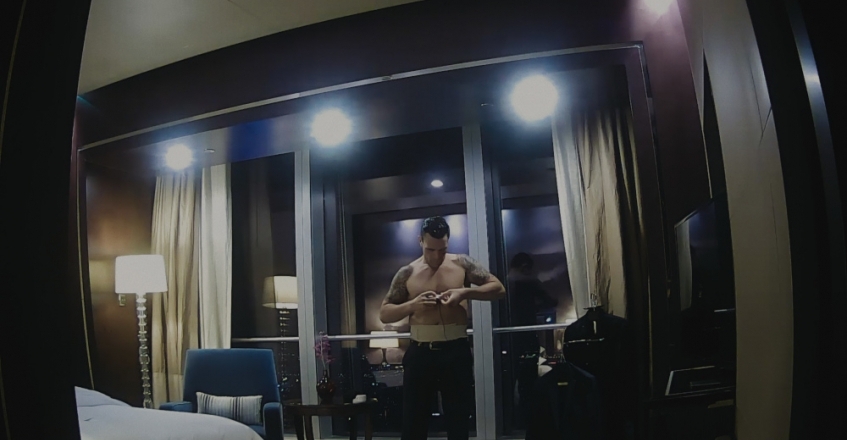 But the anxieties of the world we have left behind will trickle into the new order and be triggered again. If we have learnt anything over the past year, I daresay it is that our personal lives can be turned upside-down in a matter of moments.
The Sarajevo Film Festival’s Dealing with the Past programme has had a clear mission since its beginnings: to conduct honest dialogue about our region’s recent past as a prerequisite to resolving the problems of the present that stem from the Yugoslav Wars – problems that continue to strain our societies. Over the last six years, we have shared many deeply inspiring, if gut-wrenching, stories from our own region and around the world.
This year’s programme is divided in two sections, one of which concentrates on seeking truth by using both conventional and unconventional methods. This part of the programme is marked by films by the renowned Danish filmmaker Mads Brugger, who has become internationally renowned for his unorthodox approach towards the topics and characters in his films. He is a journalist and filmmaker who seeks out truth and pushes boundaries to expose corruption and human-rights violations in countries where investigative journalism does not exist. Ever wondered how diamond smuggling is conducted in Africa? Accompany Brugger on a journey on which he acquires a diplomatic passport and masquerades as the Liberian consul to the Central African Republic to show us the murky world of blood diamonds in his film THE AMBASSADOR. In COLD CASE HAMMARSKJÖLD, Brugger investigates the mysterious death of the UN's second secretary-general. In his own words, the filmmaker describes the case as “either the world's biggest mystery or the world's most idiotic conspiracy theory.” And I have no doubt viewers will be in awe after watching Bruggers’s most recent film, the docu/spy thriller THE MOLE: UNDERCOVER IN NORTH KOREA, in which we are placed in media res when a 44-year-old Dane infiltrates the world’s most secretive regime to learn all about the weapons trade. Brugger pushes viewers to question where and what the boundaries are between art and journalism, and to consider whether unethical practices should be used to expose larger truths. What is our role as spectator? How can we address the fact that the world that we know and are comfortable in often veils the inequality that surrounds us? To explore Brugger’s work further, the Sarajevo Film Festival’s CineLink Talks programme offers a live, online master class led by the director.
In alignment with its look at the truth-seeking process, DEALING WITH THE PAST also presents a new take on the 1934 assassination of Aleksandar I of Yugoslavia, as Serbian director Gordan Matić minutely reconstructs the assassins’ trail, shedding light on historical figures and facts available to date.
The second section of the programme focusses on the conflicts that have yet to be resolved and their long-lasting impact on the communities affected by them. In many cases, the issue of confronting the current global pandemic has tended to eclipse ongoing fights for human rights, so that embattled communities are at great risk of being forgotten. These films bring the remarkable resilience of impacted communities to the forefront; by presenting these films in Sarajevo, we seek to begin and continue much-needed dialogue. Najwa Najjar’s BETWEEN HEAVEN AND EARTH, a beautiful road movie that wends its way through Palestine, reveals secrets not only about film’s central characters but also the creation of the State of Israel. THE VOICE OF AHMAD is an anthology of seven short films about Arabs working in Israel, revolving around 1966’s film I AM AHMAD. The omnibus film was created and curated by Renen Schorr, a filmmaker and the former Head and founder of the Sam Spiegel Film and Television School in Tel Aviv, who brought together his current and former students to shoot different segments featuring the “Ahmeds” of today’s Israel. This film will have an international premiere in Sarajevo.
The programme closes with the world premiere of Maysoon Pachachi’s OUR RIVER…OUR SKY, which provides perspective on ordinary people in Baghdad as they await conflict – a portrait of lives lived in constant uncertainty.
Dealing with the Past also presents the exhibition “A Palestine, and a Promised Land,” in collaboration with the WARM Foundation and the Friedrich Ebert Stiftung. The exhibition is open to the public every day from 14 to 20 August between 12:00  and 20:00. As well, we welcome twenty-five young people from the Western Balkans as part of the In Youth Eyes programme, which offers a series of panels, closed discussions and debates centred on peace activism and reconciliation practices. In Youth Eyes is organised in collaboration with the Regional Youth Cooperation Office, forumZFD and USAID project PRO-Budućnost.
Maša Marković,
Dealing with the Past
Programme Manager
The Dealing with the Past programme is supported by the Friedrich Ebert Stiftung.
Dealing with the Past
33 World and 3 International Premieres in BH Film Program
13th Human Rights Day
12th Human Rights Day at 26th Sarajevo Film Festival: Panel discussion on Tuesday
The cooperation between Sarajevo Film Festival and Doha Film Institute continues