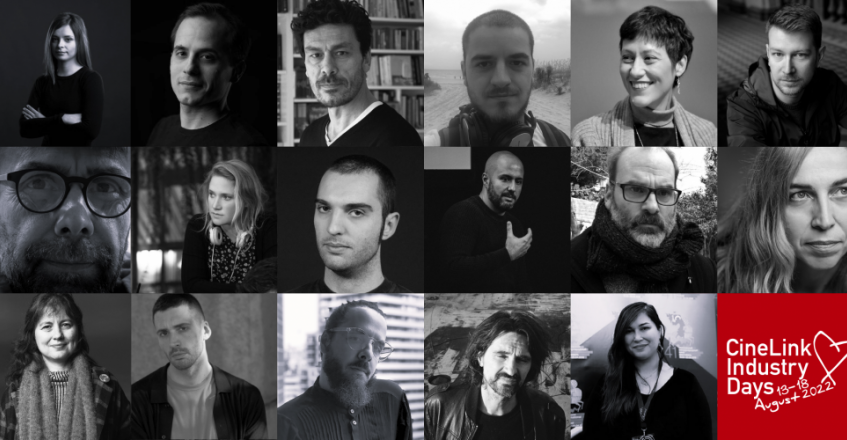 The Female Voices CineLink Award is granted to one project in the development participating in CineLink Co-Production or Drama strands with an aim to support and promote female voices in the Southeast European film industry. The director of the Slovenian Film Centre, Nataša Bučar shared a motivation behind the award:

''The aim of the Female Voices CineLink Award is to encourage the creation of new stories revealing women’s previously unstated outlooks on the past and fresh approaches to the stories from the present. Everything has already been shown before. However, the strength of every new film story and film character lies in novel approaches and original perspectives.  In recent years, women authors have been enriching the global audiovisual industry more than ever, and we also wish to promote the feminine worldview in our regional audiovisual works.''

In order to cater the specific needs of each project and to prepare them for the market exposure, this year, CineLink Industry Days has developed a range of activities, starting with CineLink Workshop in June, one-on-one meetings during the Festival (August 15 –18), that will continue with online meetings in September. CineLink Team strives to improve the production value by matchmaking the projects with various decision makers in the fields of production, financing, distribution and sales, as well as offers to aid in script development through extensive sessions. Moreover, the CineLink Co-Production Market offers following cash awards: Eurimages Co-Production Development Award (€20,000), Film Center Montenegro CineLink Award (€ 10,000), Film Center Serbia CineLink Award (€ 10,000) and ARTEKino International Prize (€ 6,000), while the CineLink Drama offers two awards: Croatian Audiovisual Center Drama Award (€15,000) and TV Drama Vision Pitch Award - one project selected to be presented at TV Drama Vision in Göteborg.

ALL THEY KNOW ABOUT LOVE

A well-educated, emotionally underdeveloped translator enjoys the borderline relationship he has with his mother. Starting at a tutoring job in a francophone institution, one of his young students will be strongest obstacle and most reliable guide on this journey.

THE BOY WITH THE LIGHT-BLUE EYES

On the Greek folk mountains, there is a remote superstitious village. PETER, a different teenager, lives there with his strict grandmother & his overprotective mother. Through a series of events, lies revealed, curses are unveiled and Peter will sacrifice his light-blue eyes in order to be free.

Successful opera diva SUNA, who refuses male dominance at an early age, escapes from the village she was born. Decades later, she goes back and witnesses possible scenarios of her life, if she stayed.

NIKOLA travels with his father to return the remains of his grandmother back to her home village in Croatia. He learns a lesson about parenthood, family, and memories that are sometimes not real.

PATRIMONIAL FEARS AND OTHER SYMPTOMS

Young loner RIO gets by with seasonal jobs and petty thefts in resorts on the Adriatic coast. His carefree everyday life is thrown off balance by ANDREA, a seasonal worker from Serbia who becomes his partner in crime. During the course of the summer, they will spend a short but intense time together, that they will never forget.

SKATEBOARDING IS NOT FOR GIRLS

When a conservative tradition of bridal sale becomes a solution for a financial family problem, ADELA dives into a completely new world where she gets caught between traditional and modern values.

WE ALL DIE NAKED

A recovering Albanian alcoholic and a drunken, dying Italian drive across the Balkans searching for the perfect place to die.

On her 55th birthday, in order to overcome complete loneliness, YUGOSLAVA uses a vacation in searching for a new apartment. However, that quest will change her life in different way than she imagined.

When the son of a German politician is found dead inside no man’s land dividing Nicosia, opposing detectives, a Greek Cypriot and a Turkish Cypriot are forced to work together to investigate the crime.

By Law is a police drama series set in modern-day Bosnia. It tells the story of young detective who is solving crimes, realizing that the main problem of the society is corrupted system that he fights.

A young nun has to start a new life in the secular world and faces the awakening woman in herself.

As Croatia's football team paves its way towards the 2018 World Cup finals, the police investigation of the powerful priest's intriguing death devastates the young girl's life.

Horror is other people.

Investigating the murder of a teenager, the female detective discovers the dark secret of a small industrial town and sinks into the swamp of the evil spirit Rumpus.

A brave Yugoslav man gets killed while trying to stop the assassins of the Turkish ambassador. A controversial Yugoslav lawyer defends assassins blaming the police for accidentally killing the man.