New call for entries for aspiring film professionals from Southeast Europe and Southern Caucasus to participate in Talents Sarajevo, held within the framework of the 25th Sarajevo Film Festival, is now open. 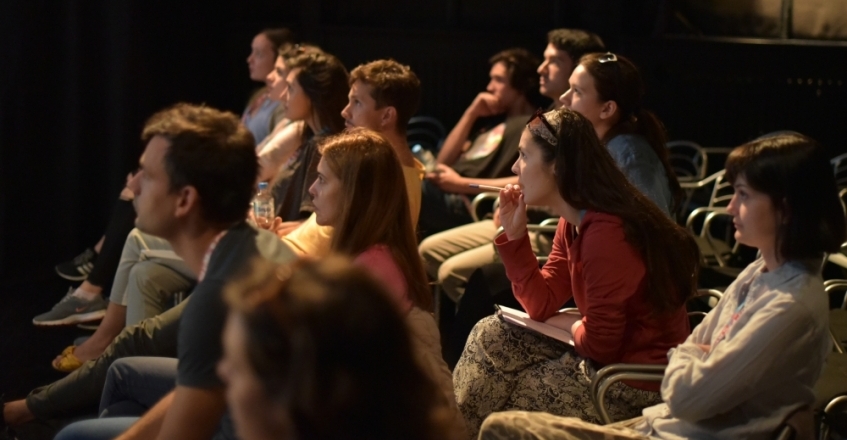 The notion of innocence is complex, as it thoroughly permeates the sphere of arts and culture. It is found in the oldest myths and in contemporary media spectacles, intertwined with a variety of images, meanings and values. Usually, it is conceived of as a state that should be cherished, and rescued from its horrifying antithesis: some form of corruption. And yet, this simplistic conception conceals a paradox: there is nothing innocent about innocence. Rather than being merely a state that precedes corruption, the idea of innocence is often a socially imposed notion that masks the fact that the blissful harmony it signifies never actually existed.

Cinema has often tackled the profound ambiguity of innocence. This year’s Talents Sarajevo theme borrows its title from Dušan Makavejev’s Innocence Unprotected, a documentary about the first Serbian talking picture of the same title, which was made in 1942 while the nation was under occupation. In his film, Makavejev (1932-2019) challenges notions of innocence during the catastrophe of war, as well as of the (oft-presumed) innocence of the arts in general, and cinema in particular.

As stories of innocence and its failure abound both on and behind the screen, this year Talents Sarajevo will explore the relationship between innocence and cinema today. The sheer complexity of the idea will allow us to address it from the different angles.
In another contradiction, innocence is often associated with ignorance: the less we know, the more innocent we are. Being an educational enterprise, Talents Sarajevo is at the centre of this conundrum: we offer a sheltered space, a sort of protection for young talents, and at the same time offer knowledge that can be seen as an end to innocence. We hope you – as future Talents – will join us in this paradoxical, intriguing and promising adventure.