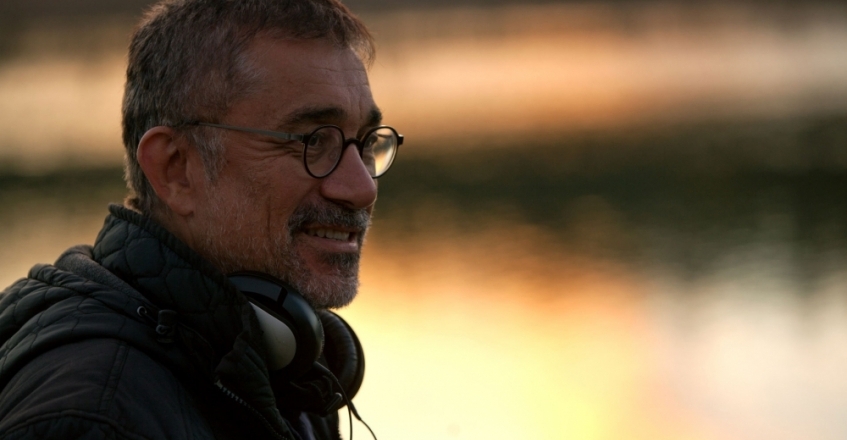 Ceylan, who holds an engineering degree and whose first love was photography, is an exquisite artist and a driving force behind global art-house cinema. Film critics describe him as a filmmaker who has developed a unique cinematic style through deeply atmospheric and emotional films that question traditional values and family ties, examine the human soul, and delve into existential matters, such as the issues of life and death.

Ceylan was born in Istanbul in 1959. His short film COCOON was selected for the Official Competition at the Cannes Film Festival 1995 – the first Turkish short film to receive this distinction. His feature-length films KASABA (1997) and CLOUDS OF MAY (1999) won international acclaim and multiple awards. After winning the Grand Prix and the Best Actor honors at Cannes in 2003, his third feature-length film, DISTANT (2002) continued on the festival circuit, scooping a total of 47 awards, 23 of them international, and becoming the most-awarded Turkish film in the history of cinema. In 2006, his CLIMATES won the FIPRESCI award at Cannes; in 2008, Ceylan took the Best Director award at Cannes for THREE MONKEYS which subsequently became the first Turkish film shortlisted by the American Academy of Motion Picture Arts and Sciences for the Academy Award for Best Foreign Language Film.

Ceylan returned to Cannes in 2009 as a member of the festival’s main competition jury. In 2011, he won the Grand Prix at Cannes for ONCE UPON A TIME IN ANATOLIA – an international coproduction that included Bosnia and Herzegovina among its countries of production.

Ceylan’s next film, WINTER SLEEP, won the Palme d’Or at Cannes in 2014.

His latest film, THE WILD PEAR TREE, coproduced in cooperation with Bosnia-Herzegovina, was screened this year in the Official Competition at Cannes where it was warmly received by audiences and critics.

In addition to his successful career in cinema, Nuri Bilge Ceylan has recommitted to his first passion – the art of still photography – while scouting locations for CLIMATES at the end of 2003. The same year the film was premiered, Ceylan mounted his first exhibition, in Thessaloniki, Greece (2006). Since then, he has exhibited in the UK (London), Turkey (Adana, Ankara, Antalya, Istanbul, and İzmir), Spain (Granada), France (La Rochelle), Poland (Wrocław), Germany (Nürnberg), and the USA (New York City).

With the intention of making Sarajevo Film Festival audiences aware of the diversity of his talent, the Festival presents a selection of works from Ceylan’s rich artistic opus. It is an additional special pleasure to announce that an exhibition of Ceylan’s still photographs will also be held during the Festival this year.

Ceylan’s photographs, just like his films, encourage the observer to think. They provide no obvious answers, but rather mere hints of emotion. The expressions on the faces of his subjects – both in film and in photography – are always ambivalent, reflecting the complexity of life and the human soul, and confirming Ceylan’s status as a talented narrator and a profoundly important and ethical artist.

(...) Art is all “about looking”, as John Berger wrote in his famous book of that title. So is photography. Ceylan celebrates the complexity of life and layers of meaning in his photographs -as well as his films- and his strong narrative in capturing his protagonists reveals his talent in being beyond any specific environment, culture or history. The selection in the exhibition depicts how Ceylan within a “frozen moment” looks at the world. (Dirimart "About Looking" Istanbul Exhibition curated by Heinz Peter Schwerfel, Exhibition Video (2014))

(...) In his essay "About Looking," the exhibition's curator, Heinz Peter Schwerfel, reminds us that the English word "look" may be derived from the Latin word for "light". "Thanks to light, we see. And because we see, we can look. At things. Or at people. People who might look back. No look is ever innocent," he writes.

Taking his cue from critic and essayist John Berger's words about looking, Schwerfel points to how Ceylan looks at the world and the world looks back to him. "When Ceylan portrays people by staging them inside a perfectly ordered, panoramic environment, they seem to look back into his camera; still it's him who decides how their look looks," he writes. "But it's always their look back at the camera that forces us to keep them in mind, to wonder who they might be, what they might think. But we will never know, for the expression on their face is ambivalent, a mixture of different moods and feelings - the human soul consists of many levels." (Daily Sabah, "Ceylan's Photo Exhibition Focuses on the Art of Looking", Kaya Genç (English, 2014))

As a body of work the poignant and honest portrayals begin to feel like fragments of a film that is neverending, thereby completing a symbolic relationship that blurs the line between art and life, and that establishes Ceylan as a profoundly important and ethical artist. (NY Art Beat, "Nuri Bilge Ceylan 'The World of My Father'", Editor (English, 2014))