Regional premiere of a KLONDIKE

The competition Program - Feature Film of the 28th Sarajevo Film Festival continued with the regional premiere of the film KLONDIKE by Ukrainian director Maryna Er Gorbach tonight at 19:00 at the National Theater in Sarajevo. 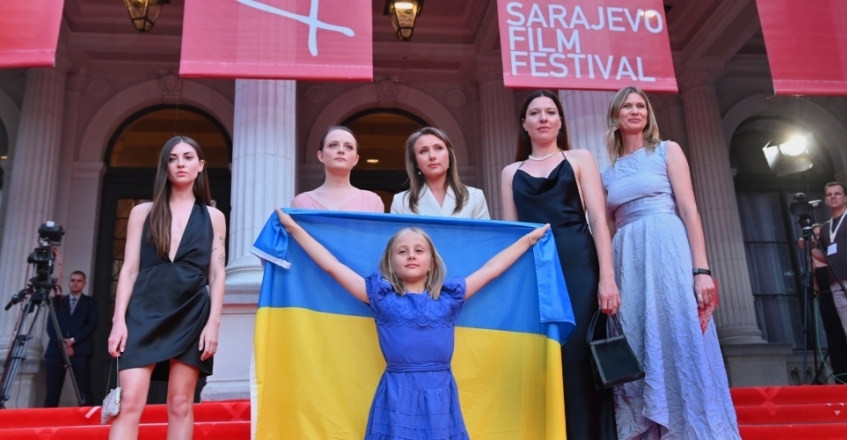 July 2014. Expectant parents Irka and Tolik live in the Donetsk region of eastern Ukraine near the Russian border, disputed territory in the early days of War in Donbas. Their nervous anticipation of the birth of their first child is violently disrupted as the nearby crash of flight MH17 elevates the forbidding tension enveloping their village. The looming wreckage of the downed airliner and an incoming parade of mourners emphasise the surreal trauma of the moment. While Tolik’s separatist friends expect him to join their efforts, Irka’s brother is enraged by suspicion that the couple has betrayed Ukraine. Irka refuses to be evacuated even as the village gets captured by armed forces, and tries to make peace between her husband and brother by asking them to repair their bombed house.