Tonight at 21:30 in the National Theater the Competition Programme - Feature Film of 27th Sarajevo Film Festival closed with the world premiere of THINGS WORTH WEEPING FOR, a debut feature by Hungarian-Romanian director Cristina Grosan. 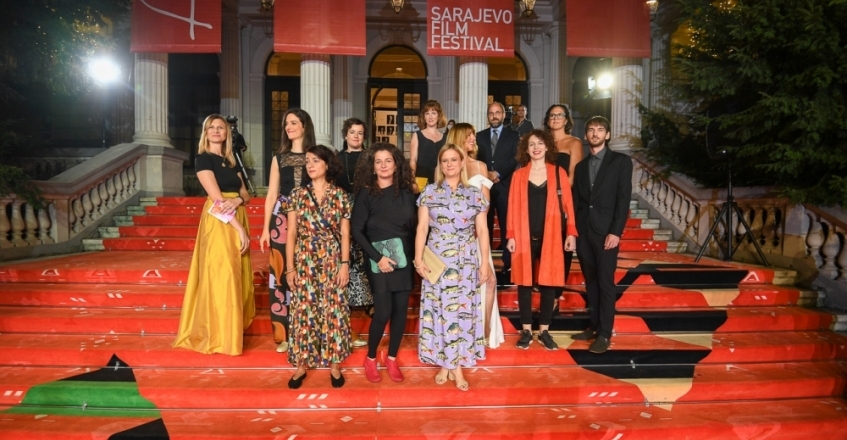 Maja’s life is finally coming together and her boyfriend couldn’t be more pleased. In the midst of moving out of the student flat they share, Maja’s evening takes a surprising turn when she stumbles upon an old relative who is, without a doubt, dead. Nobody from the family is available to help, so Maja has to deal with the situation herself. As she waits for the authorities, Sara, Maja’s childhood friend, joins her. Sara is more than keen on sharing her latest successes. Hours pass and the pair are stuck with the dead body. Absurd situations arise. Are they allowed to eat beside a corpse? Did the dead woman just move her hand? And what is the proper way to say goodbye to someone you didn’t even know? This unexpected long night and the experience of witnessing death act as a catalyst on Maja. In spite of how satisfying her perfect relationship and thirty-year mortgage may seem, she is not happy in this new, adult life. Maja takes off, disappears into the street, out into the unknown. It’s the most adult thing she can think of right now.
You can watch the movie in one of the following showings.
Director: Cristina Grosan
Cast: Nóra Rainer-Micsinyei, Júlia Huzella, Judit Hernádi, Barna Bányai Kelemen, Katalin Lőrinc
Regional premiere of a SAFE PLACE
World premiere of a SIX WEEKS
Regional premiere of a KLONDIKE
The world premiere of the movie RIDERS
World premier of MEN OF DEEDS