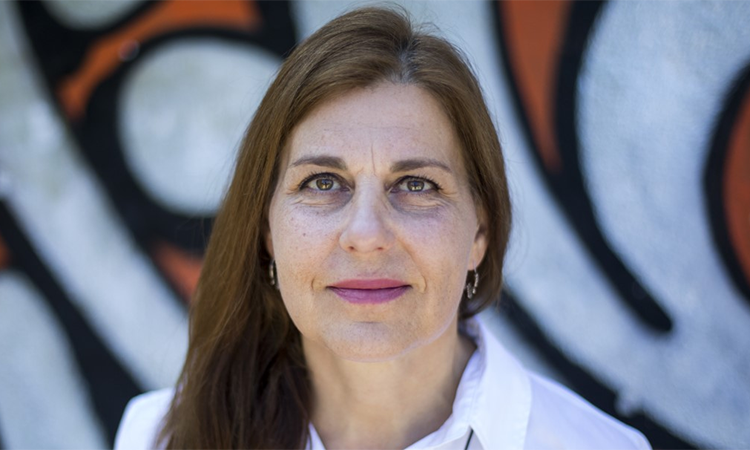 Born in Sarajevo in 1965, she graduated at the Dramaturgy Department of the Sarajevo Academy of Performing Arts. She has been a member of the Association of Filmmakers of BiH since 1988. In 1991, together with her father, Sejfudin Tanović, she founded a production called DOKUMENT in Sarajevo, which is now managed by her and Alem Babić, a producer. From 2014 to 2019, she was a president of the Association of Filmmakers of the FBiH as well as of the Association of Filmmakers of BiH. She is currently holding a position of acting general manager of the Sarajevo Film Centre. From 1986 to 2002, she wrote scripts and directed 6 short fiction movies. She worked as an editor at national and federal public broadcasting stations. In 2004, she was awarded by the Hubert Bals Fund for the script for “Entanglement”. She attended the Berlinale Talent Campus 2006 and her project “Decision” was selected among 160 entries from all over the world, for Berlin Today Award 2011.
In 2010, she directed the Bosnian part of the long feature omnibus “Some Other Stories” (coproduced by BiH, Serbia, North Macedonia, Slovenia, Croatia, and Ireland, supported by EURIMAGES). The film has been invited to more than 40 international festivals and earned six international awards. She is the author of a short film titled “Starting Over”, screened in the short film competition section of the 16th Sarajevo Film Festival in 2010. The film has been shown at many international festivals. Her film ”Our Everyday Life” has been shown at more than 45 international film festivals and has earned 15 awards. The film was selected as an Bosnian and Herzegovinian entry for the 2015 Academy Awards.
She is the author of documentaries titled “Exhibition” (shown at the SHORT CORNER of the 2009 Cannes festival), “Living Monument” (2012), “Coal Mine” (2012), “Ghetto 59” (2013), and “A Day on the Drina” (2011), which was rewarded with the Big Stamp Award for Best Film of the 2012 ZagrebDox International Documentary Film Festival, and it was screened as a competing documentary at the 2012 Sarajevo Film Festival. Her second film “Son” premiered in the Competition Program – Feature Film at the 25th Sarajevo Film Festival (2019). The script for this film was awarded as the best project of the 2015 CineLink, and the most promising European project, as voted by LA producers, at the 2016 SEEfest LA. It has been screened at numerous international festivals.